In this Genesis Update, we have aimed to bring some grindy, F2P content, that is unique unlike anything we have released in the past.

Our development team has another update that should be coming very soon after this one for a new Call of Duty style zombie minigame.

We hope you enjoy this update, and any feedback is appreciated!

The T Rex boss is the latest boss on Genesis!

This boss drops Dino Eggs and does NOT have a requirement to attack it.

Dino eggs are UNTRADEABLE and this boss only has 1,000,000 health giving newer players more of a chance to be able to kill it. 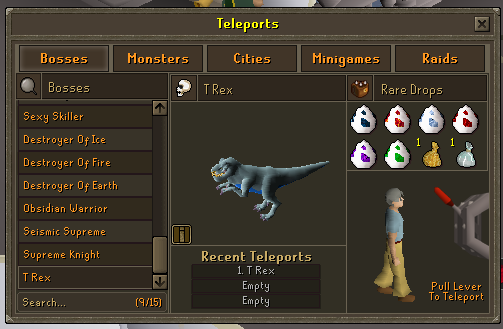 In order to attack the T Rex you must first kill his minions!

They will respawn every 40 seconds, but as long as you have killed them before you clicked 'attack' you can finish the T Rex kill without being interrupted.

The T Rex actually will attack you and deal damage!

The sms security interface is being changed to sms rewards.

The reason for this change is that the sms security system was disabled recently due to it not being needed (accounts never get hacked due to the account pin system being so good).

We have designed to change the interface to this. Now when players subscribe, they will get a seismic lucky box upon entering the verification code.

The bonus boss loot has been reworked so its now more worth it to do.. no more rare superior mystery box drops!!!

Triple Drop Rate has been added to the game! The game will first check if you can get a triple drop,

Right now, the only obtainable way to get Triple DR is the secondary dino Trippler and Unfiied pet.

There are now a total of SEVEN dino pets

All of them are Untradeable and are only obtainable through F2P When you obtain a Dino for the first time, your dino pet will be Level 1.

You can view the level by right clicking the pet

As you kill bosses/npcs in the game, you will get experience based on how much health the boss has which will level up your pet to the maximum level (150).

As the pet levels up, he will also get bigger and give better bonuses!

Watch closely as my pet levels up from 1 to 25 after killing a boss. It grows!

Every persons pet in the game has a unique size, meaning leet standing next to me can have a pet with level 150, that is a much bigger size than my level 1 pet.

The max level that regular dino's can get to is 120.

The max level unified dino's can get to is 150.

To get a unified dino, you must obtain all 6 of the regular dino eggs, incubate them, and then train them all to level 120.

Once you have done this, you can come find the Archaelogical expert and give him your 6 dino's, he will check your levels to make sure they are all 120 and then he will give you the unified dino.

The unified dino will be level 1 and you will have to train it up to level 150.

The unified dino contains all of the bonuses from the regular dino's in one pet, but also gives more bonuses in addition to being able to grow to level 150.

- Donator points have been renamed to Bond points 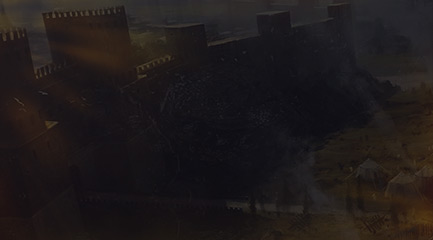 T Rex Boss, Secondary Pets, Pet Levels, SMS Subscription Interface, Triple DR - In this Genesis Update, we have aimed to bring some grindy, F2P content, that is unique unlike anything we have released in the past.

Supreme & Magellian Armour, Imperial Donator, Supreme Box, Discord Integration - This update on Genesis has tons of new content! The realm's development team worked insanely hard to bring this update, we hope ya'll like it and any feedback is appreciated!