This was the biggest update that any Realm Server has ever seen.

This update took our development team over 5 months to complete, with over 500 hours of development put into this.

The biggest part of this update is that Eclipse is now fully based off of the Genesis base.

We completely right clicked 'delete' on the Eclipse base and re-created all of the content on our new base.

This took us soo long to complete, and we almost gave up and completely scrapped the project many times.

This means that our overall systems are much better than before, and that the server has less bugs than before.

This change will help bring Eclipse a much bigger and brighter future!

A new home location has been added to Eclipse! 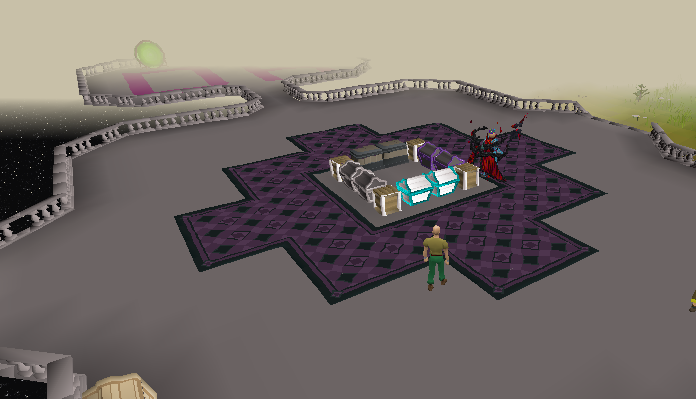 A new boss has been added to Eclipse! This boss drops the new Divert Amulet, Staff, Scythe and Bow. 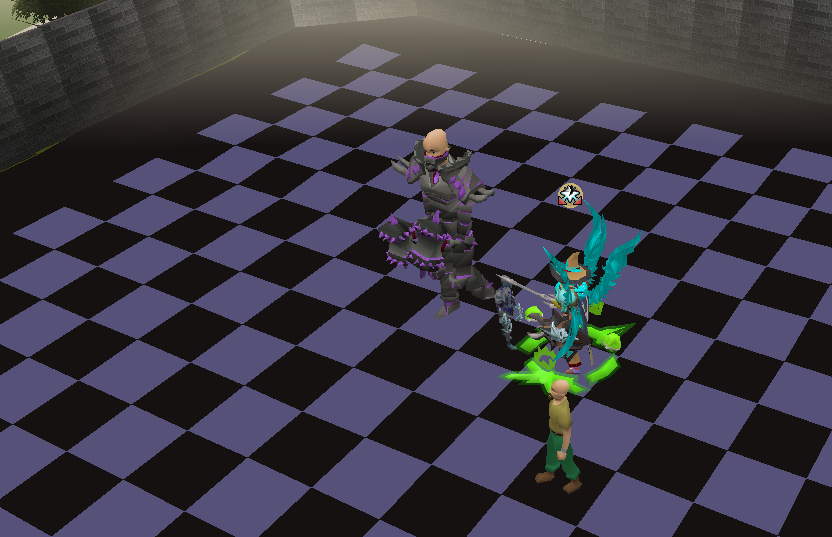 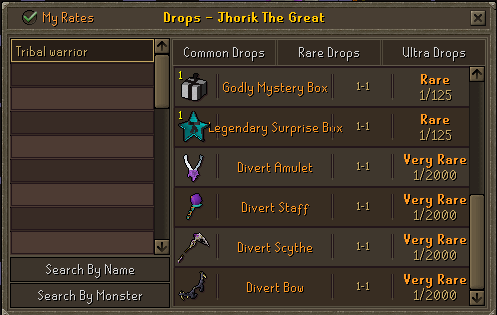 Another boss added to Eclipse in this update... The Furous Demon!

The Furious Attachment can be used on Optimum items to upgrade them into Furious items. 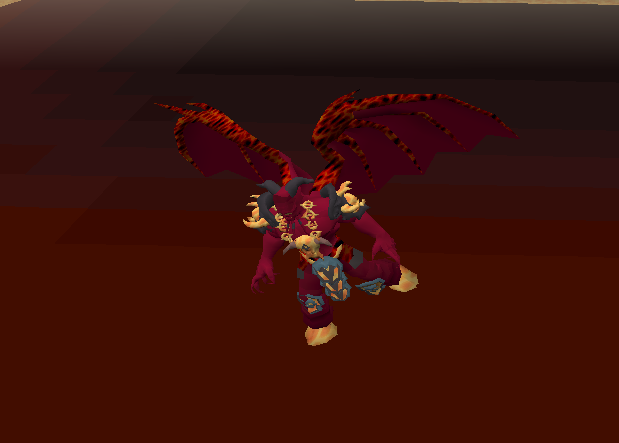 The latest and greatest Global boss has been added to Eclipse... The Demonic Skeleton!

The Demonic Skeleton drops ALL of the new Optimum items, Ultimate Crypt Attachment, and Aura of Horror! 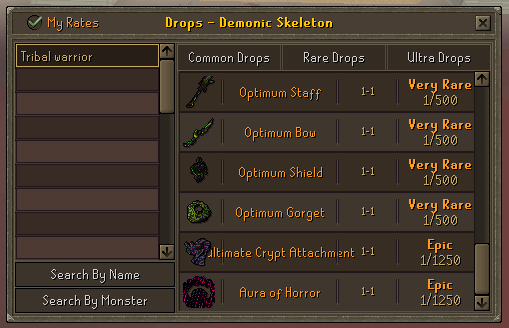 The regular donator area at ::dzone has been revamped! This area will be a great place to train your skills! There is everything from Agility, Runecrafting, Hunter + MORE! This is what the zone looks like!

The Elysian donator zone has been completely overhauled! This area will be a great place to obtain some very useful items!! It's a minigame and it requires you to be ALERT!

How To Unlock Boss

You are required to obtain x amount of kills on the Elysian Stalkers. The amount of kills required is dependent on your donator rank. Be careful though... dying, teleporting out, logging out etc will all cause you to have your progress reset and will have to regrind stalker kc to attack the boss again.

This is the Elysian Boss! Get ready to slay him for his JUICY REWARDS!

The new designs have been re-textured and colored to have a better look.

Divert Weaponry is the third best in slot weapons on Eclipse.

You can get Divert Weapons as rare drops from the new Jhorik The Great boss.

The new Divert Amulet is the third best in slot amulet on Eclipse.

You can get the new amulet as a rare drop from the new Jhorik The Great boss.

Eclipse will have the new official Realm item prices system that replaces the pawn shop system.

This item price system will also have the new 'Sell All' feature to easily sell items.

The latest and greatest donator rank to be added on Eclipse is Godly Donator.

The following shops have been reworked! 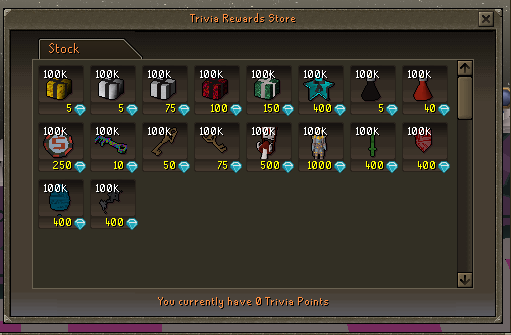 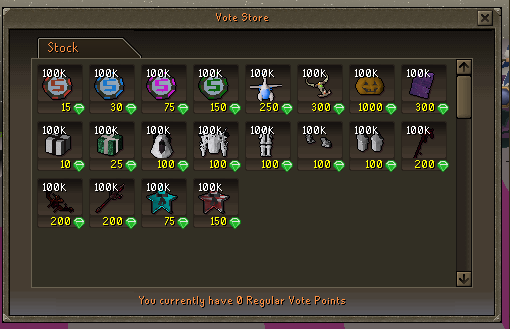 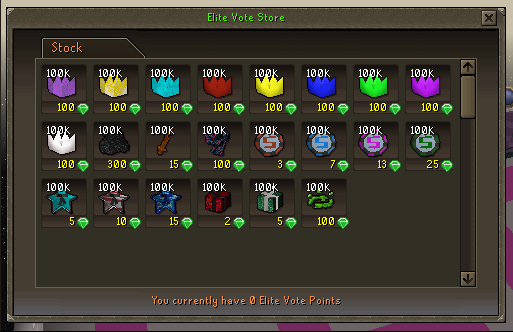 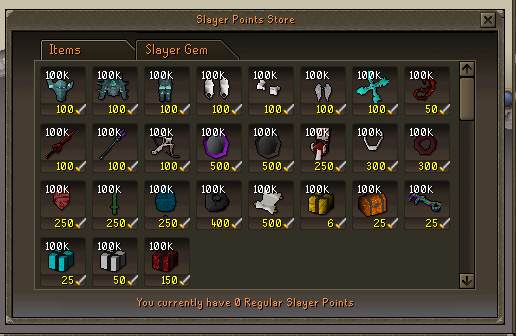 The vote boss now only spawns when RuneLocus votes are claimed.

With this new update, I estimate we will average 70ish per day (hopefully). The new requirement for the vote boss to spawn is only 20 votes!

I estimate that this boss will spawn around 4x per day. Say GOODBYE to the old shit loots, and say HELLO to the new amazing loots.

The reason for this change, is because sites like rsps-list and topg are heavily vote botted and easily abuseable.

We do not want to give crazy rewards for theses sites until they fix their problems.

Elite vote box is obtainable only from voting on RuneLocus, and these are the rewards from the box.

The global boss at ::executive has been REWORKED!

Reworked the common rewards so its a little more worth it

The starter set has been reworked to give better items.

The mystery box given by ::freeitems is now a Godly Mystery Box.

These are the all new Optimum items that have been added to Eclipse.

All of these items are SECOND best in slot.

You can obtain these items as a rare drop from the new Global Boss.

You can also obtain these items throughout the game in different ways such as Cipher and Eclipse Arena.

The days of 1B Tokens are over! Eclipse now uses Eclipse Coins.

After this update releases, by default your money pouch will convert to the new currency and you will be able to use the ::convert command to convert your currency from the old to the new one.

All item bonuses in the game have been completely reworked, to ensure that Mage, Melee, and Range all evenly give the same amount of damage for each item tier.

Due to the amount of other updates we have done, its possible this might not be accurate.

The divine donator zone has a Joe Biden npc that gives you a random mystery box every 24 hours!

This will be a great passive way to get some FREE BOXES!

The Cipher minigame rewards have been REWORKED making it very worth it do it again!!

The eclipse chest has been fully reworked to have the following rewards:

The new best in slot Destiny Cape, obtained by using a Destiny Attachment on either a Christmas Cape!

You can get the Destiny Attachment as a rare drop from the new Global Boss!

This aura is obtained from Plunder and the Elite Vote Shop!

The plunder chest loots have been reworked!!

- Lucky Aura added as a reward

- Destiny attachment added as a reward

Say goodbye to the old boring training area where you kill a few npcs for drops! Map Credit to GRIM REFER!

You start here, with these items. 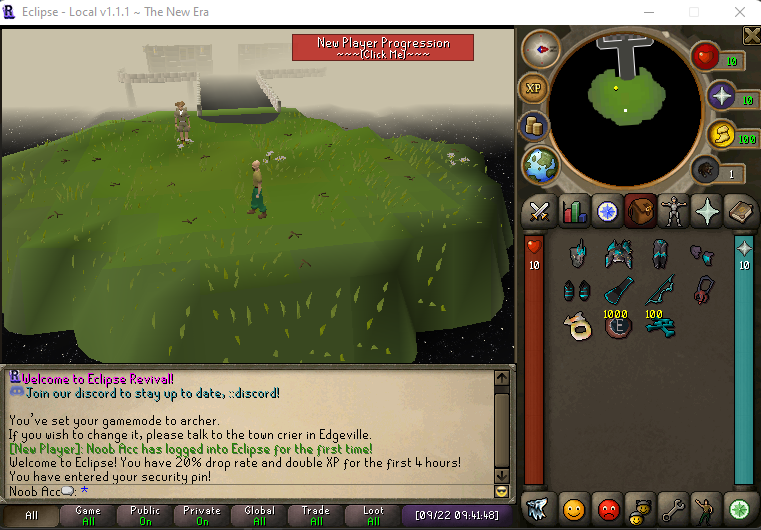 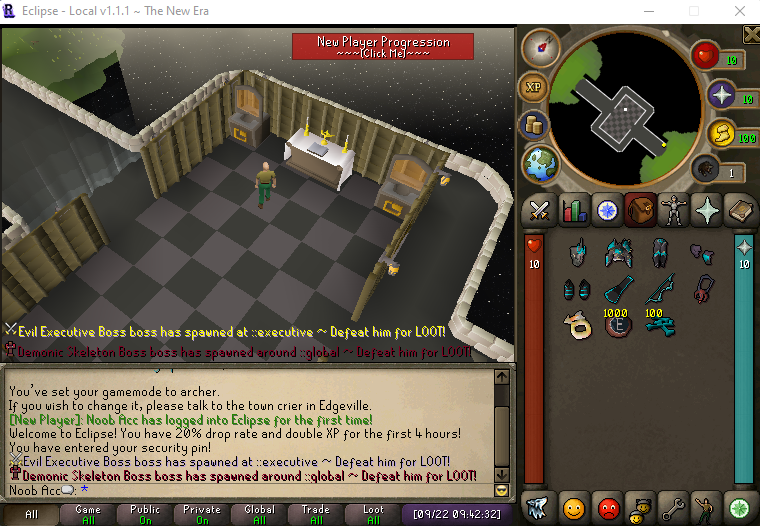 Kill a skeleton to get a training orb 1/1 chance! 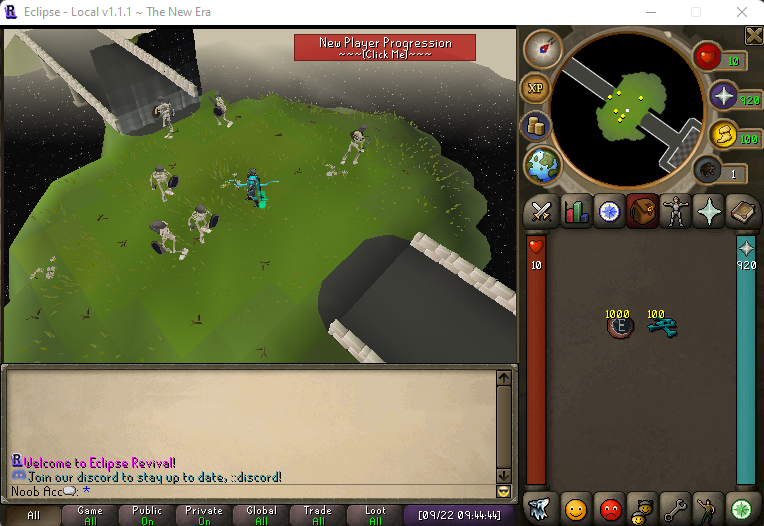 Answer a question, using the same system that is used on Cipher and the Crypt Raid

Players can attempt questions as many times as they want to proceed. 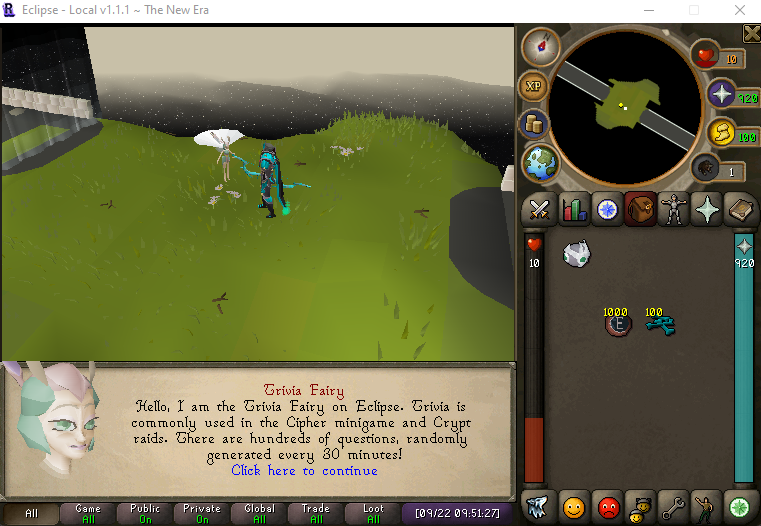 Kill the training boss to receive a Training Key and pass through to the next room. 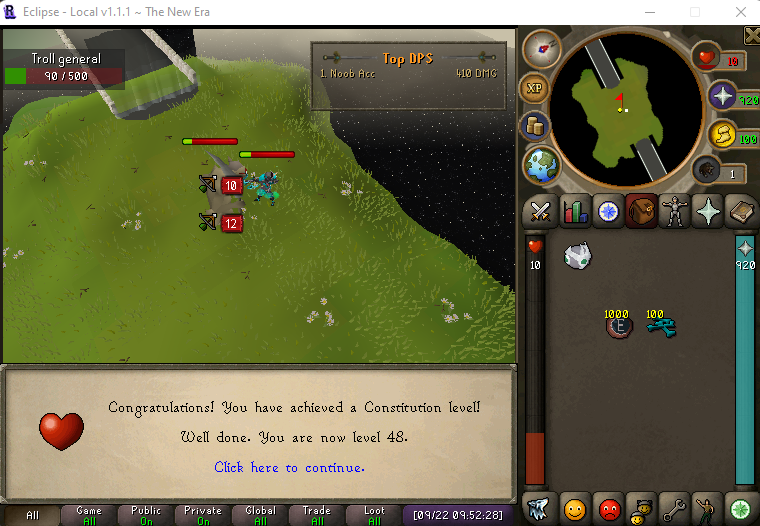 Open the training chest with the Training Key you received from killing the boss.

This chest can only be opened ONCE per account.

- 4M xp in all combat skills

You can now customize what keys do what commands in this interface!

All of the progression tasks have been reworked, from amount required to kill to the rewards.

The elite surprise box is the latest and greatest box on Eclipse!!

This box provides ELITE loot from Optimum pieces, to Crypt pieces, to the new Destiny Attachment, Aura of Horror, and the new Ultimate Crypt Attachment.

This box will be available from:

These boxes let you select an item, instead of it being a mystery!

In the cosmetic override interface, you can right click and select 'hide' to either hide the item from your cosmetics, or hide all items in that slot so it appears as nothing.

This is the replacement for togglegorgets command.

- All bosses under Royal Warrior have been removed

- A lot of old items have been removed, such as all items under Royal

- Merlin's raid has been discontiued

- Removed $$ tokens from low tier boxes such as Divine & Elder

- Merlin's raid boss has been added as a regular boss

- Team slayer has been removed

- The login announcement has been reworked

- We have added a new system that automates the ::deals offers, a new one spawns every 2 hours

- Campaign items no longer display on the items list

- Daily tasks & rewards have been reworked

- Added a new ::raidisle area to open raid chests without completing the raid

- All monsters spiderman & under have been removed

- A new ::ref command 'revival' has been added

- The rewards interface now has a searching feature

- Superior donator zone has been reworked

- All of the items on ::store have been reworked

- Godly boxes no longer announce as a rare drop

- Reworked the slayer tasks that masters give

Revival Bug Fixes & Changes [Eclipse Arena Fix] - After a few very important bugs were reported, we decided to make a quick patch to fix these issues prior to our next content update.

Revival Update, 3 New Bosses, 30+ New Customs, Everything Reworked - This was the biggest update that any Realm Server has ever seen. This update took our development team over 5 months to complete, with over 500 hours of development put into this.